The clitoris is used for nothing more than to give a lady sexual pleasure. The clitoris does not have any reproductive qualities and women do not use it to pass urine or anything else. The clitoris is given to women as a means of experiencing a special type of pleasure during sexual encounters. Check out these other interesting things that you probably never knew about this incredible pleasuring giving feature of your body.

3. The hood of the clitoris is the same thing as a male’s penile foreskin. - The clitoral hood is placed on the body to protect the glans (the section of the clitoris that extends into the body) from unnecessary friction. Since the glans area of the clitoris has tons of nerve endings, too much friction rubbing against the area can cause an immense amount of pain. The glans tucks itself away underneath a ladies hood.

4. The female clitoris is not altered with age. - As our bodies age, our clitorises will not be subjected to the same changes that are taking place. While our breast may sag, and our skin start to develop wrinkles our clitorises will remain the same. The only thing that could possibly change in this area is they grow a little bit larger overtime. However, this organs ability to evoke intense orgasms will not change, regardless if you are eighteen or eighty eight.

5. What you see is not what you get. - The small piece of skin that looks like a bud peeking out beneath the clitoral hood is not the entire clitoris itself. The clitoris extends down into your body about four inches. Four inches is the typical size of a male’s penis when it is not entirely erect. This organ consists of clitoral bulbs. These bulbs rest along the vaginal walls and the clitoral legs extend all the way down to the bottom section of the vagina opening as well as along the anus.

The clitoris is a great organ that women were blessed with. Even though this organ does not have any bodily functions, it does evoke a lot of powerful orgasms. The clitoris was placed on the female form to allow females the ability to experience intense orgasms during sex. 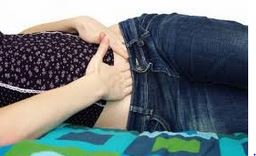 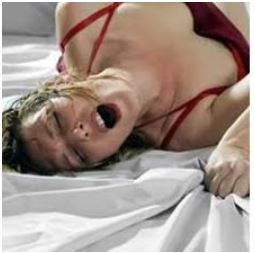