This Vivid Bunny review might be simple but the Vivid Bunny is not a simple toy. Like taking the top part of a muffin and marketing that by itself the Vivid Bunny is the best part of the world’s leading sex toy for women. No more fiddling with a Rabbit just to get a clitoris stimulated orgasm and no more boring and generic clit vibrators that only get pressed against the clit. The Vivid Bunny lets you surround your clit with its little ears and if you don’t want any vaginal stimulation, you don’t have to. However this level of clit play is great with intercourse!

Perhaps the biggest downside to the Vivid Bunny is that the material it is made up of is jelly, which means various particles from the air will cling to it when it’s wet. Washing it takes a little extra work but since it’s completely waterproof it’s okay to get it soaking for a bit, just make sure to dry it quickly to keep it clean. That’s the only real downside in this Vivid Bunny review.

Otherwise this toy is great for women. It has multiple speeds of vibration controlled by a simple dial that slowly increases the vibrating level as it is being turned. It takes two AAA batteries which for the size means that it has a lot of power, but it’s still quiet enough to use even in public locations. Small enough to fit in the average purse or handbag, Vivid Bunny is the best thing to happen to a woman’s clit.

Thumbs Up Review for Wild G 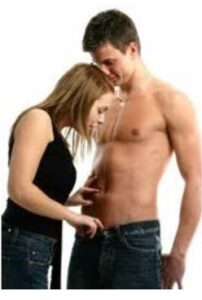 The Truth About Penises